Trigonometry definition: Branch of Mathematics which deals with the measurement of Sides and angles of a triangle and the problems based on them. 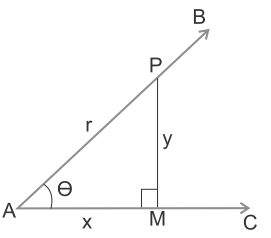 Angle: A figure generated by rotating a given ray along of its end point.

Measurement of an Angle: Amount of rotation of the ray from initial position to the terminal position.

Hypotenuse Definition: the longest side of a right-angled triangle, opposite the right angle.

Perpendicular: at an angle of 90° to a given line, plane, or surface or to the ground.

Base: Side on which right angle triangle stands is known as its base

The Trigonometry Ratios of the angle θ in the triangle APM are defined as follows. The ratios defined above are abbreviated as sin θ, cos θ, tan θ, cosec θ, sec θ and cot θ respectively. Note that the ratios cosec θ, sec θ and cot θ are respectively, the reciprocals of the ratios sin θ, cos θ and tan θ. So, the trigonometric ratios of an acute angle in a right triangle express the relationship between the angle and the length of its sides.

Opposite of Sin: Cosecant

Opposite of Cos: Secant

Opposite of Tan: Cotangent

Opposite of Cosecant: Sin

Opposite of Cotangent:  Tan

Opposite of Secant: Cosecant

Here, Some People Have is for

Curly Black Hair is for

Through Proper Brushing is for

Trigonometric Ratios of Some Specific Angles 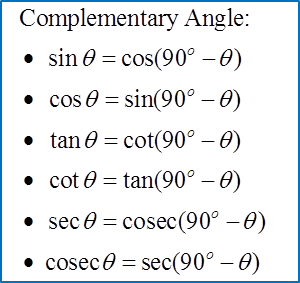 The first use of the idea of ‘sine’ in the way we use it today was in the work Aryabhatiyam by Aryabhata, in A.D. 500. Aryabhata used the word ardha-jya for the half-chord, which was shortened to jya or jiva in due course. When the Aryabhatiyam was translated into Arabic, the word jiva was retained as it is. The word jiva was translated into sinus, which means curve, when the Arabic version was translated into Latin. Soon the word sinus, also used as sine,
became common in mathematical texts throughout Europe. An English Professor of astronomy Edmund Gunter (1581–1626), first used the abbreviated notation ‘sin’.

The origin of the terms ‘cosine’ and ‘tangent’ was much later. The cosine function arose from the need to compute the sine of the complementary angle. Aryabhatta called it kotijya. The name cosinus originated with Edmund Gunter. In 1674, the English Mathematician Sir Jonas Moore first used the abbreviated notation ‘cos’.

Sin Cos Tan are the main functions used in Trigonometry and are based on a Right-Angled Triangle.

Example-1. If tan A = 3/4 , then find the other trigonometric ratio of angle A.
Solution : 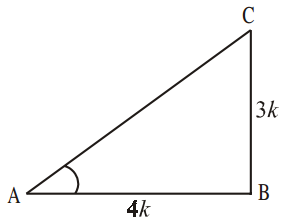 To find the length of side BC, we will choose the trignometric ratio involving BC and the given side AB. Since BC is the side adjacent to angle C and AB is the side opposite to angle C.
Therefore,
AB/BC = tan C 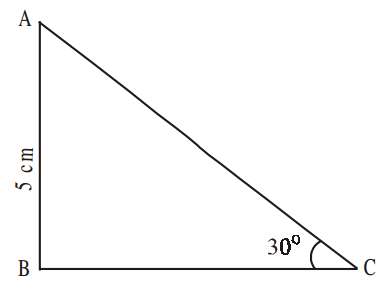 Example 4: A chord of a circle of radius 6cm is making an angle 60o at the centre. Find the length of the chord.
Solution: Given the radius of the circle OA = OB = 6cm
∠ AOB = 60o 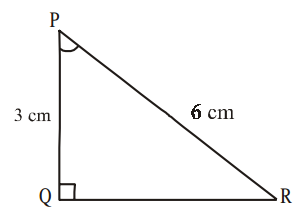 Note : If one of the sides and any other part (either an acute angle or any side) of a right angle triangle is known, the remaining sides and angles of the triangle can be determined.